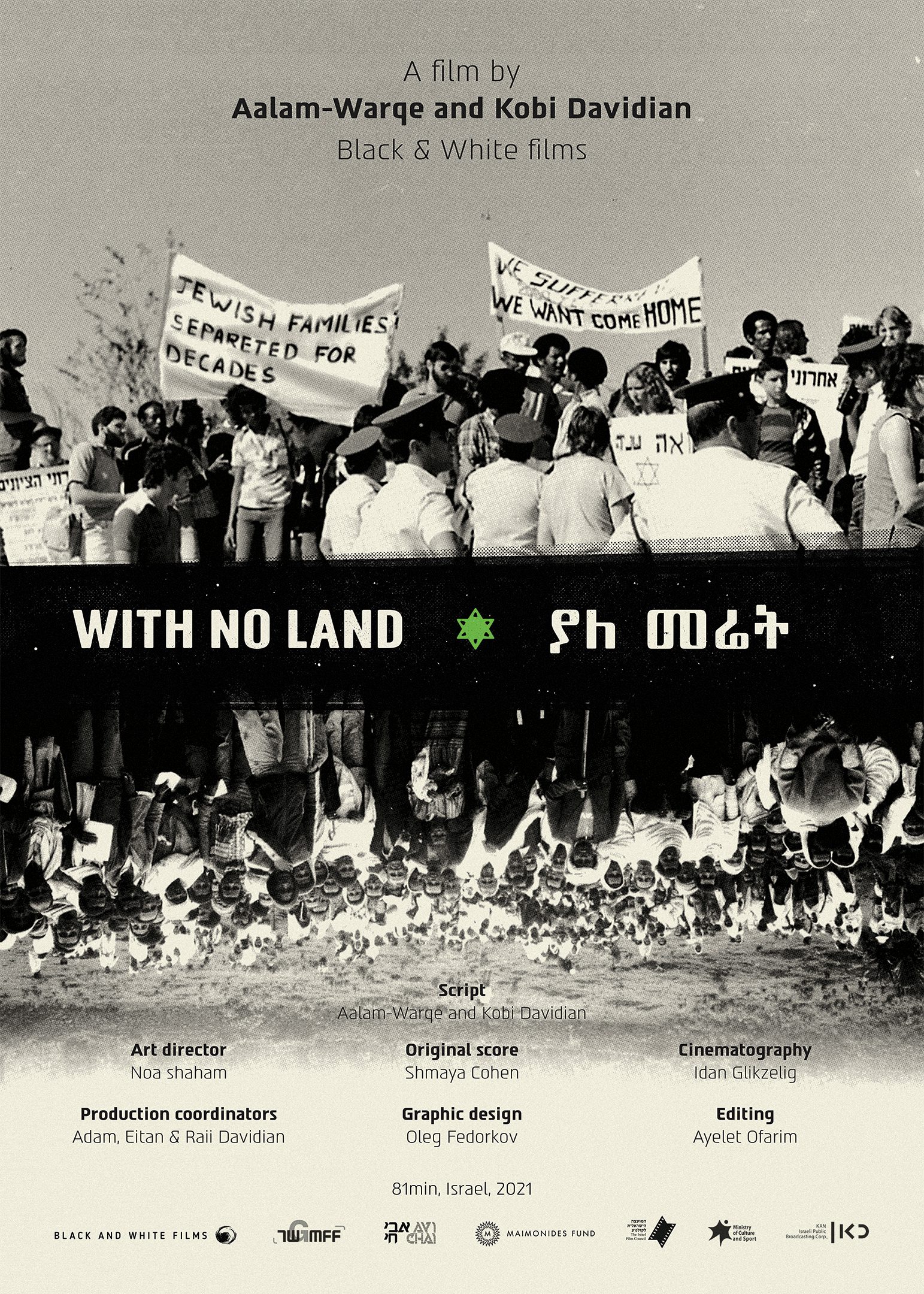 A fascinating, moving, and poetic new feature documentary from the creators of The Fig Tree (winner of Best Female Director at the Toronto International Film Festival). Thirty years ago, Operation Solomon brought 15,000 Jews from Ethiopia to Israel in under 24 hours and was hailed as a magnificent military operation that only Israel could have pulled off. Discover the untold history, silenced, and kept in the dark for decades, and learn about the dangerous but necessary actions that were taken across three continents by the Jewish Ethiopian activists fighting for justice for their community. With firsthand testimonies and unique archival footage, the film retells the history leading up to Operation Solomon and follows the current efforts to bring to Israel those who were left behind in Ethiopia.

With No Land is proudly co-sponsored by Mayor Darrell Steinberg and Cantor Julie Steinberg, along with Bob Dresser and Choco Leandro Dresser, in honor of the late Harold Schachter, who was actively involved with the American Association for Ethiopian Jews (AAEJ). To learn how you too can become a film sponsor, please click here.